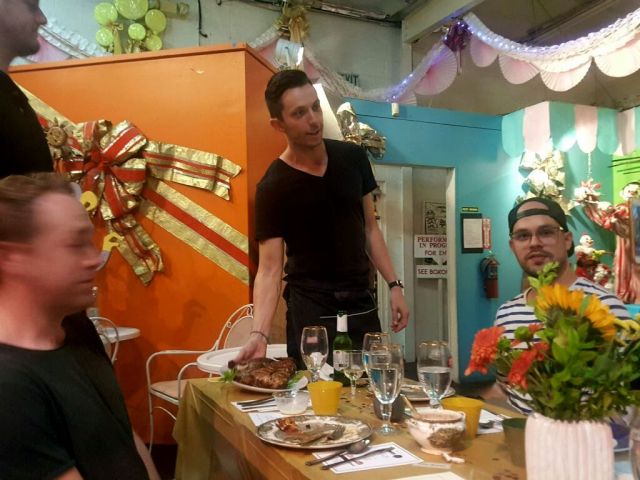 For the week after, I didn’t feel anything.

I asked her why I didn’t feel anything, given that the night was supposed to be such a big night, the crowning moment on a fun run of dinner parties.

She told me I hadn’t cared about it from the beginning. I wondered if that could be true.

At first, the assessment felt too blunt, as if it shortchanged the energy I’d poured into cooking for months, as if it called into question what I’d been doing hosting all of these dinners, and if I hadn’t cared about this one, then surely I was letting my co-conspirators down by not fully being present.

But in the work I put into the event, in doing a prep dinner and prep days the weekend off to make sure a dinner for nearly 30 went off without a hitch… surely I cared. I may have been tired from it all, and from early mornings of work, but wasn’t I putting in time? Wasn’t I putting in work? Wasn’t I walking the walk?

But still I didn’t connect with the night, and though I think (I hope!) my actions didn’t totally belie this disconnect, the supersizing of these dinners came at the cost of what I do cherish about them.

The difficulties I have in looking back at the dinner is in seeing how it strayed from the things I like so much about 15fiftyfive. In the simplest sense, the dinners I’ve been hosting have been about old friends and new, sitting down together over a meal. That I, and we, as the cooks and hosts behind the event, didn’t sit down with our friends, old and new, until after everything was said and done, nags at me.

What I’d noticed with previous dinners for more than eight people is that the conversation tends to divide, and as such, the special moments, the ones that push past daily struggles and work updates towards deeper questions, are markedly fewer. This isn’t to say the bigger nights aren’t fun or tasty or pleasant in their own way. My assessment is almost certainly me being too enamored with a certain feeling to enjoy the larger dinners in the same way… but creating a space for those moments is why I keep hosting these dinners. Seeing the 15th dinner take on its own life, thanks to the infusion of others’ talent and energy, was incredible. The scale of it, the quality of the food, and the outcome of the night, when compared to my first dinner, is baffling. I could not have pulled it off without Becca and Megan, first and foremost, and the others who chipped in their time and energy the day of to make sure our little-dinner-that-could ran like a true pop-up restaurant were irreplaceable. There was definitely magic in the teamwork. Any unsettled feelings are completely my own, and my own disconnect comes from expecting this event to be so similar to the other dinners, rather than giving it the space to be its own, wonderful thing without any preconceptions.

Because as ostensibly good things kept happening for our dinner, like the organization’s founder speaking, and the filming of a TV show featuring one of our favorite LA chefs, and nearly selling out, I still felt unmoved.

I didn’t really feel anything.

Since starting 15fiftyfive in April, I’ve hosted (or co-hosted!) fifteen meals from groups of six to last week’s group of twenty-eight.

Teaming up with Shared Plates and L.A. Kitchen started off as a small idea. If I could host three small dinners at my apartment over one weekend, maybe we could raise a little bit of money for a good cause. Then I mentioned it to Megan, and Megan grabbed Becca, and before any of us really understood what our undertaking would require of each of us, we had agreed to plan and pull off a dinner at the Bob Baker Marionette Theatre for up to thirty. We caught the attention of L.A. Kitchen, and were fortunate to have its founder Robert Egger stop by and share a few words, along with L.A. chef Roy Choi, who filmed part of the event for the upcoming Broken Bread.

As it turns out, pulling together an event like this was hard. 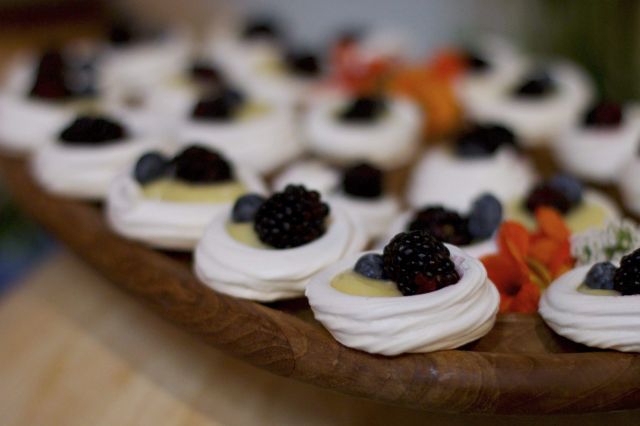 As it turns out, roasting tomatoes in the oven requires more attention than less watery vegetables.

As it turns out, I’m so far from perfect at cooking. And sometimes, it’s hard to see any improvements. At other times, I notice minor improvements, but I so quickly raise the bar of my own expectations to keep myself feeling like a beginner throughout it all. Even if I have improved at time management, knife skills, and making palatable salads, I up the ante and increase the size of the dinners, the number of ratatouilles I have to cut vegetables for in one afternoon, and the size of the vat of dressing those salads need.

This year hasn’t been comfortable yet, so why start in the kitchen?

A week after the 15th dinner I went to Colombia and cooked breakfast and dinner for two. I baked a pie with her family. Time in the kitchen was off-the-cuff and the meals were shared, and it was back in these shared moments that I began to feel better.

Then last week, I cooked a dinner for my team and another team from work in the middle of week. There wasn’t time to overthink or over plan or do anything besides just make the dinner. The recipes were all pulled from past 15fiftyfives (rosemary biscuits, balsamic brussels sprouts, shrimp and parmesan risotto, and grapefruit bars), and in cooking for good friends and teammates, I felt good. I felt better. And, the food was edible. But more than anything…